What are the best free translation tools on the market? 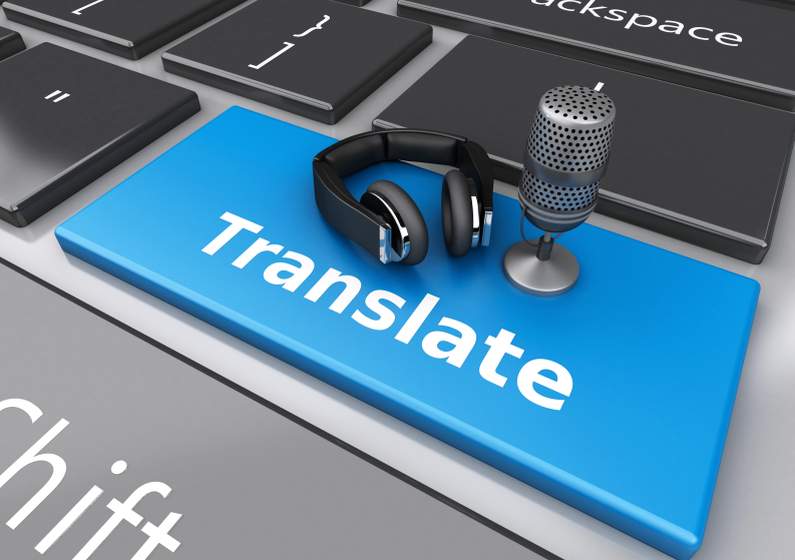 Although in most cases professional, human translation is the best choice for translation needs, there are occasions when machine translation tools can produce a good enough result. Rapid advancements in technology mean that, as long as the text doesn’t contain many nuances or cultural references, translation apps can be used without much issue.

Today, we are going to go through some of the most popular automated translation tools so you can assess how and when you might be able to utilise them. Let’s get started!

Google Translate is probably the most widely known translation programme out there. It has been integrated into other Google products such as Chrome and some Android apps and currently supports 109 different languages. Through the auto-detection setting, this tool will automatically translate any webpage or text to your preferred language, even if you don’t know in what language the original text is written.

While using Google Translate, you can download language packs so that you don’t have to drain your mobile data when you are out and about or when you’re not connected to Wi-Fi, meaning it’s ideal for use whilst travelling. The audio component is another feature that makes it useful for travellers.

The failings of Google Translate, namely its lack of subtlety and inability to consider cultural contexts, have been well documented and, although it has made some real improvements in recent years, it’s still unreliable for professional situations. Having said that, it’s one of the best free and accessible options available today.

Bing Translator is one of the best translation tools that can be used on a Windows phone. This Microsoft product has the distinction of being a translation tool with a free API. Most developers use it to power app translation features because Google makes them pay for accessing it.

Bing translator supports several languages with a built-in auto-detection that can translate uploaded documents and web pages. It also allows users to vote translations either upwards or downwards depending on the accuracy. Users can make use of the spoken word feature for some languages supported and bookmarks in any browser using one click.

Among the reasons why you should use Bing Translate are the text recognition and OCR features which allow you to hold the app up to unfamiliar text and characters. After doing this, the app will translate immediately on your screen. The majority of users have praised the Windows phone app due to the OCR features and the app’s voice capabilities which can speak in different native languages.

Linguee is more of a search engine and a translation dictionary than a translation service. While this tool can’t translate web pages and documents, you can type in words or phrases in languages that you don’t understand to see their meanings and other documents on the web where the word is used properly so that you can see how it’s used.

Linguee does not have spoken word capabilities, therefore, you can’t use it for phrases or quick words that you may find on tweets or Facebook posts. It is a useful tool for people who have knowledge of a second language and want to attempt some translation themselves, or for language learners wanting to see words and phrases in real-life contexts.

If you need a real and convenient dictionary with a rich context, Linguee is the best. You can always use it together with other tools such as Google Translate to get a more in-depth understanding of what you are reading.

WordLens was developed by Quest Visual which was recently acquired by Google. Therefore, you should expect to see some Google Translate features on this tool.

According to resume writing services, WordLens rose in popularity back in 2010 because its Android and iPhone apps were among the first to offer camera-based and real-time translations. If you are wondering how this works, all you have to do is hold your device up to what you are reading and the app will translate it to your native language in seconds. When it was introduced to the market, everyone was mesmerised by this capability.

Just like other tools, it’s not 100% perfect but it’s very useful for reading menus, street signs, and other printed texts that you want to read. Since it was acquired by Google, WordLens is a free tool and anyone can download and use it anytime on Android, iOS, and Google Glass platforms. Unfortunately WordLens currently only offers 27 languages are, as with many of these tools, often produces incompressible translations. One great thing about WordLens, however, is that it works offline, so it’s great for use whilst travelling abroad.

Babylon Translator is one of the best translation and dictionary tools internationally. It holds thousands of glossaries and dictionaries in several different languages. This translator has been active in the market for more than 19 years now, which means it has a lot of kinks ironed out.

One of the best things about Babylon is its ability to translate Office documents whilst saving their original format. This means that you won’t have to copy and paste every text or open up multiple screens. With Babylon, you can translate everything in seconds. It works perfectly on Windows, Android, Mac, and iOS platforms.

Reverso Translation is another amazing bit of software developed by Softissimo Inc. that is currently being used by more than six million people around the world. You can easily translate words and phrases in several languages such as French, German, Spanish, English, Italian, and Arabic, to name a few.

You can share your translated text with other people through Twitter, Facebook, and e-mail with ease. This tool is a great alternative to Google Translate and it can be used on Windows, Android, and iOS platforms.

In the end, the capabilities of automatic machine translation tools cannot be compared with a human translator who has been studying their languages for years and translates into their native tongue. No algorithm or resource has managed to capture the tone, meaning or context the way a human being can; languages are just as complex as people are. Therefore, it’s very difficult to create a tool or machine that will translate languages perfectly.

So where do we stand on translation tools and services?

Most people have to use translation tools at one point or another and it’s important to use the best tools to avoid misunderstanding and sending wrong information. The tools discussed above are the best free automated translation tools on the market and, in lieu of human translation, are a good option for many tasks.

However, when the time comes and you need a professional service, whether it’s marking translation for your business or legal translation for your property purchase, BeTranslated’s experienced native translators are here for you. For more information or a free, no-commitment quote, get in touch today.